Ever since I refurbished Box 2 in 2013, the camera in it has been an ongoing source of annoyance. It was not great to start with and it has been getting worse over time.

Today I finally got around to replacing it.

I'll discuss the details of the new camera below. If you're just here for the cute possums, you can skip the rest of this post.

The new camera is constructed differently to the previous ones. This time I started with an FPV (First Person View) drone camera purchased on eBay. These are very cheap - you can get a perfectly good one for under $10.


This type of camera incorporates an IR (infra-red) blocking filter which needs to be removed before the camera can be used in a possum box. The IR filter is a square of specially tinted glass which is glued to the front of the image sensor. The filter improves the image quality in daylight, but has to be removed if you are relying on IR for night-vision.

Removing the filter requires acetone, a sharp xacto-type knife, patience and a certain amount of luck. If you are lucky, the filter pops off after a few minutes of scratching and prying at the layer of glue which joins it to the sensor. If you are unlucky, the filter breaks up without separating and has to be removed a fragment at a time - this can take hours and there is about a 50/50 chance of wrecking the sensor in the process.

Here is the camera after I removed the filter.


Possums can be somewhat rough on nestbox cameras. They have been known to bite at them and hang upside from them. Just recently, Rahmet tore the IR illuminator off the front of Box 4 camera.

So a sturdy case is needed. Also, a metal case is preferred because plastic-cased cameras seem to be more vulnerable to electrical interference. I used a die-cast metal box with convenient mounting flanges. 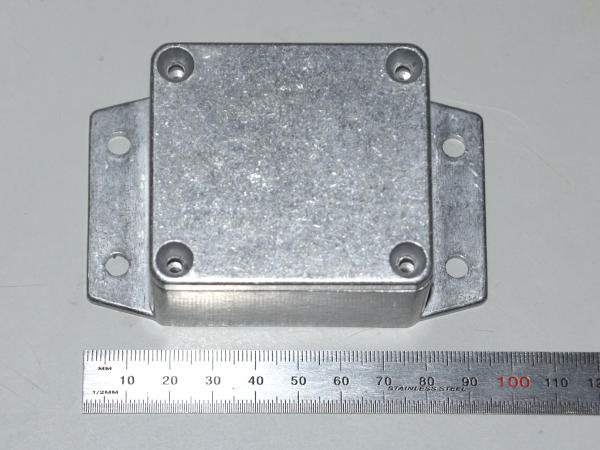 For the illuminator I used six TSAL4400 LEDs. These are the best IR LEDs I've found at a reasonable price. They are higher-efficiency than most types and put out light at 940 nm, which is totally invisible - many other IR LEDs put out 850 nm. These emit a dull red glow which the possums may not appreciate.

Previously, when building LED illuminators, I have built the power supply on Veroboard. Although there is nothing wrong with using Veroboard for a simple circuit like this, I decided to etch my own PCB this time. I had always intended to learn how to etch PCBs and this seemed to be an easy place to start.

I used (free) KiCAD software to create the PCB layout. I found it a little clunky to use and there was enough of a learning curve that I had to actually read the "getting started" tutorial, but it was only a couple of days from first installing the software to producing a workable PCB design.

I used the Toner Transfer method and etched with hydrochloric acid. Both of these are the simplest and cheapest options (and also use a minimum of toxic chemicals) for making PCBs and I was initially doubtful about how well they would work.

The Toner Transfer method involves printing your design with a laser printer onto glossy paper and then transferring it your board using a clothes iron. I found this site to be particularly helpful.


This was my second attempt at transferring the toner (my iron wasn't hot enough the first time) and I'm surprised how well it came out.

I etched it with a mixture of 2 parts by volume of 3% hydrogen peroxide to 1 part hydrochloric acid. I purchased these from Coles and Bunnings respectively. This site describes the technique.


It's not perfect and probably could have been left in the etchant longer, but, hey; it's my first ever PCB.

Here is the PCB in the camera case. The circuit powers the LEDs with a constant 10 mA, and provides some filtering and surge protection for the power to the camera. There is also a surge arrester on the video output. 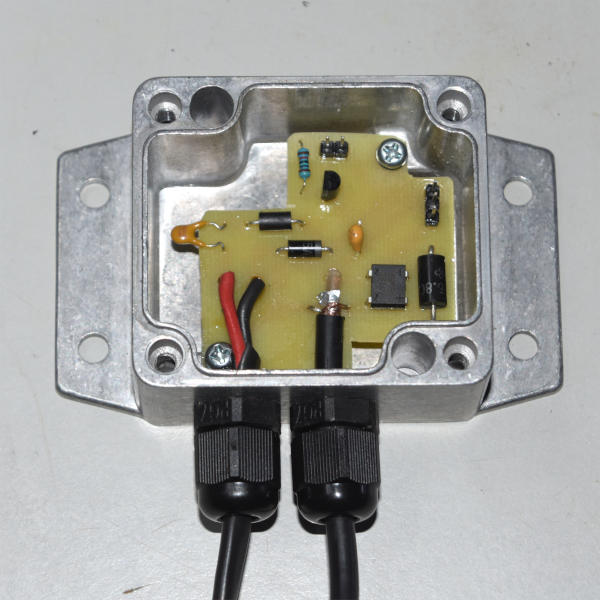 Here is the completed camera. 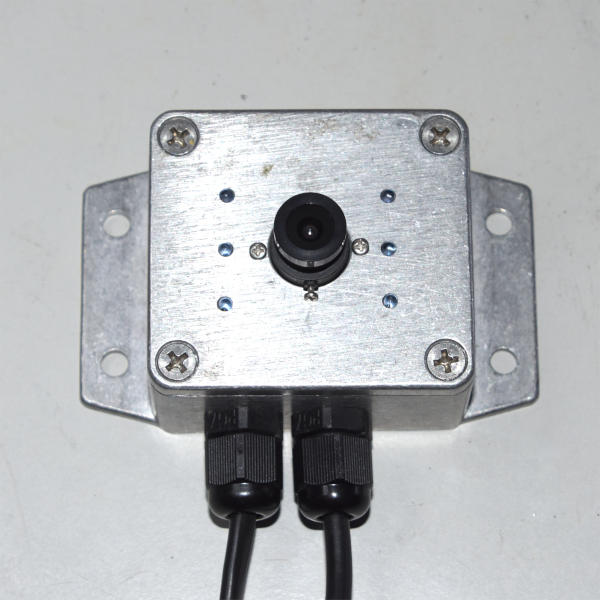 My next step will be the long-overdue replacement of Box 1. This will also be fitted with a similar camera.

Posted by Possum Dreaming at 5:32 pm